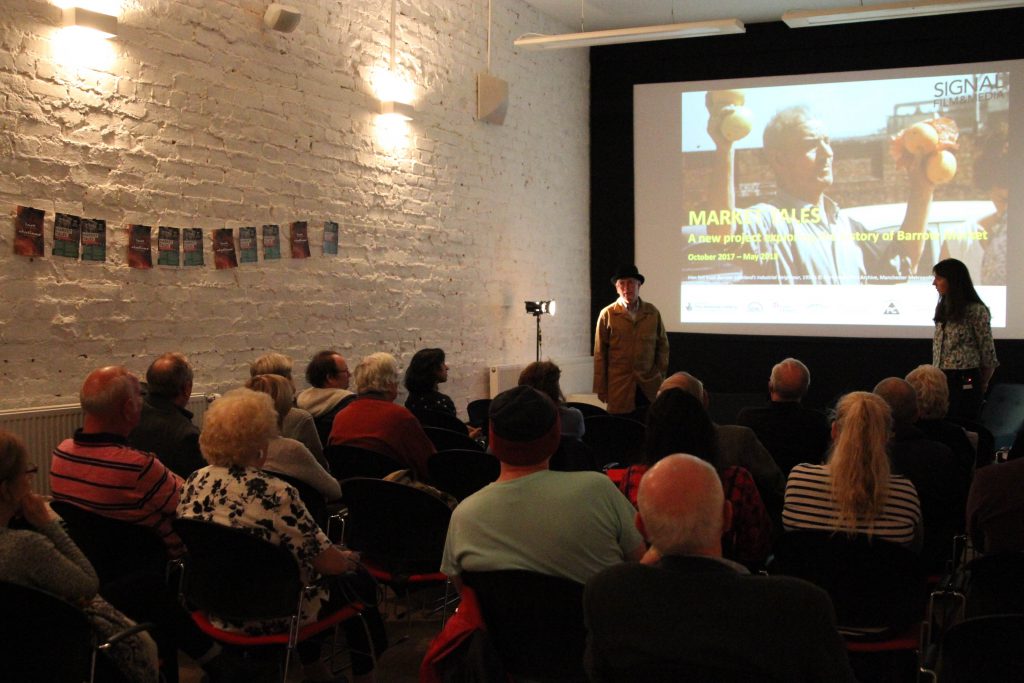 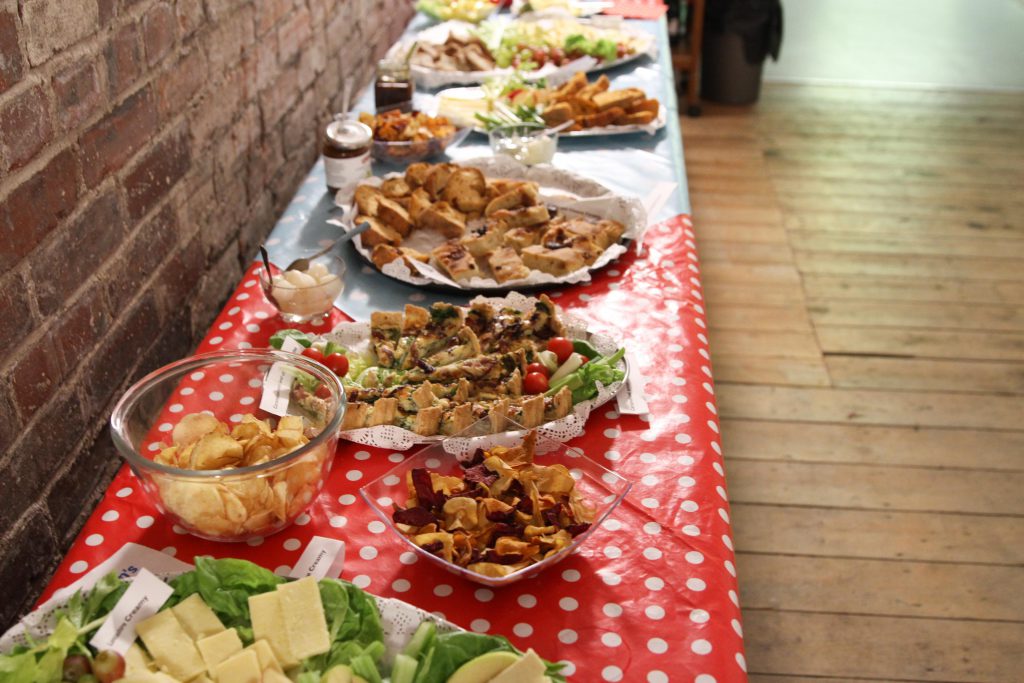 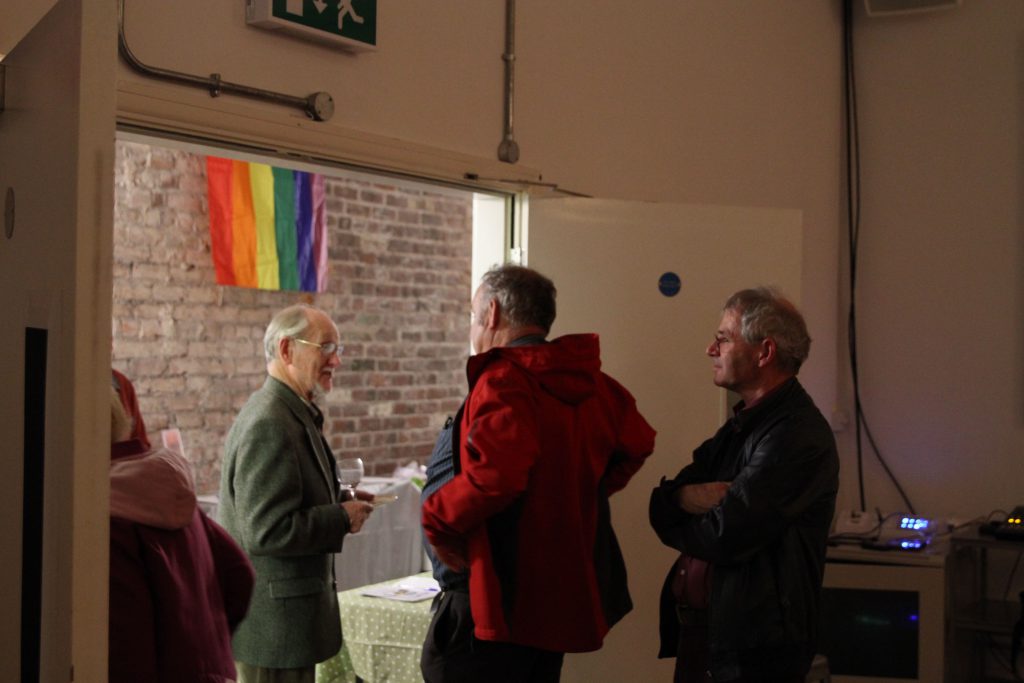 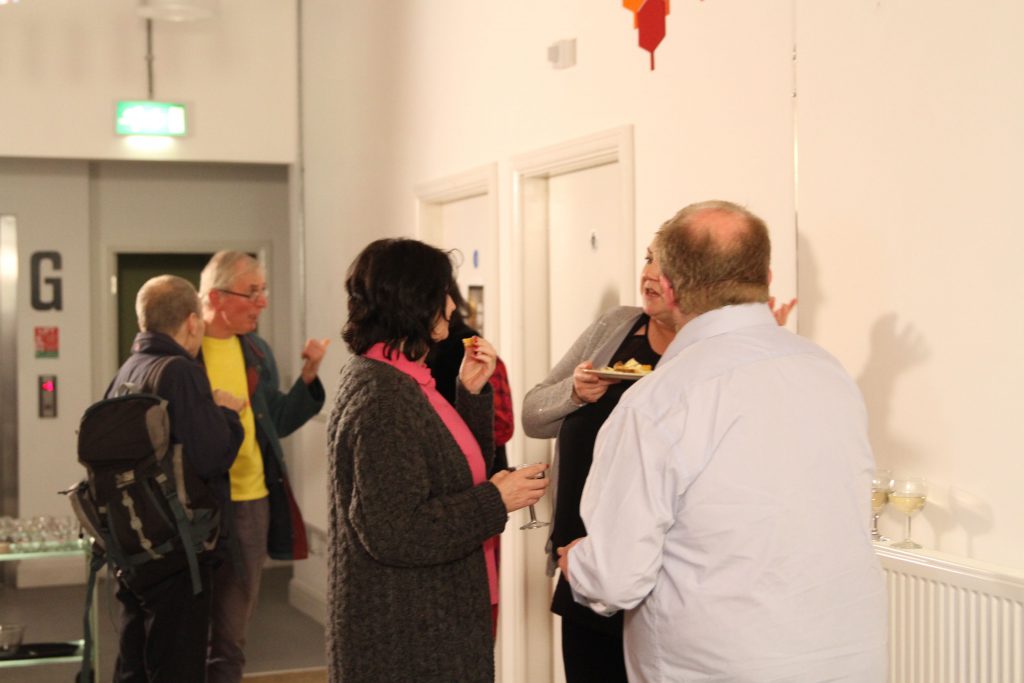 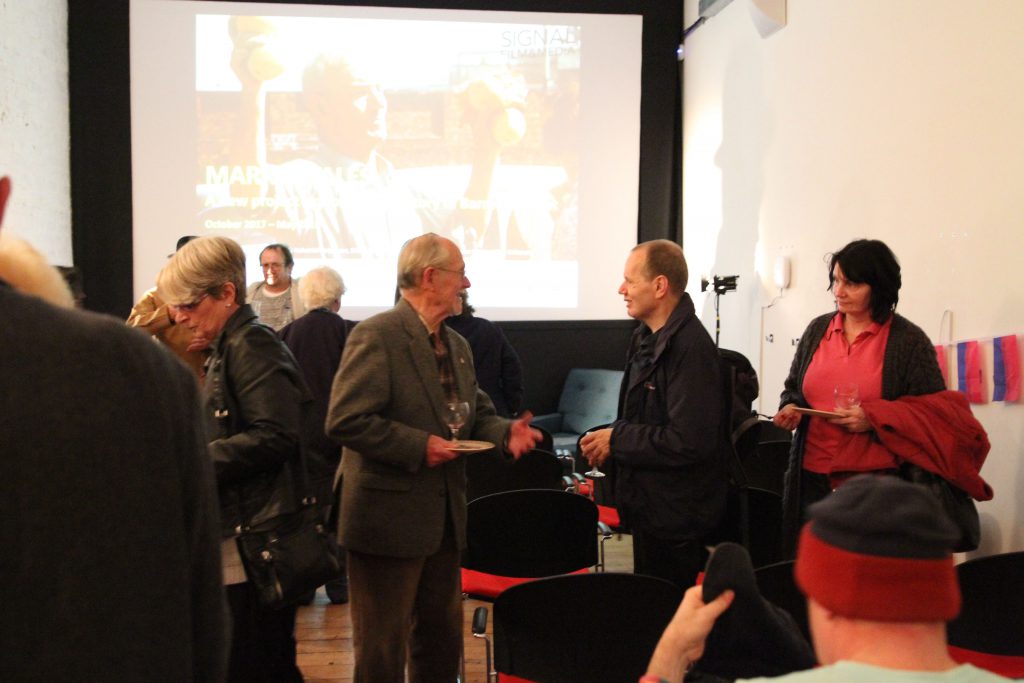 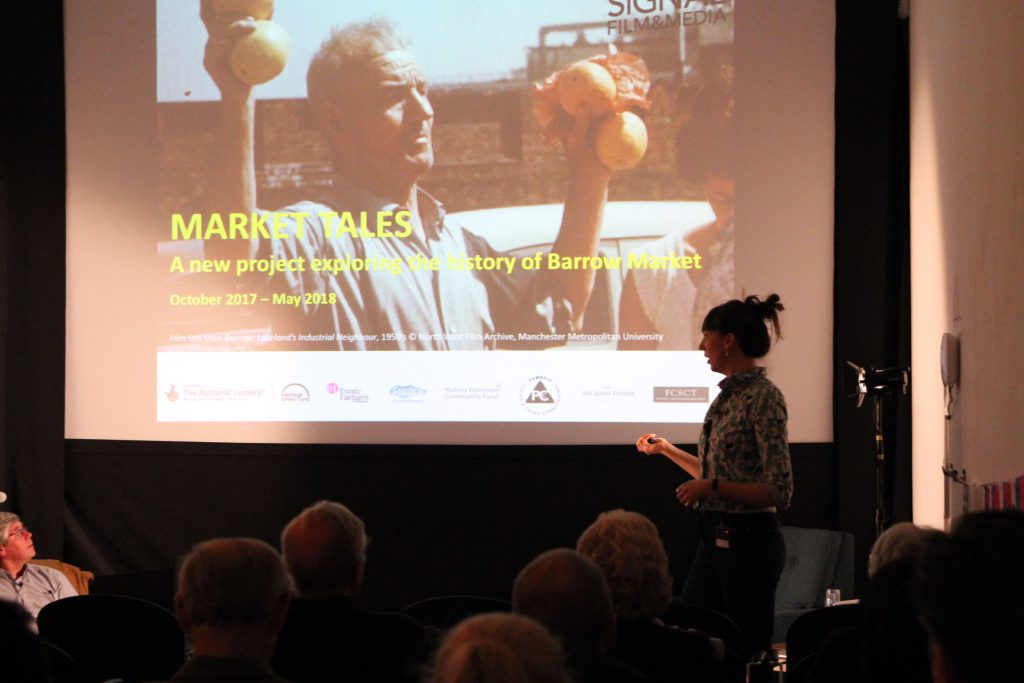 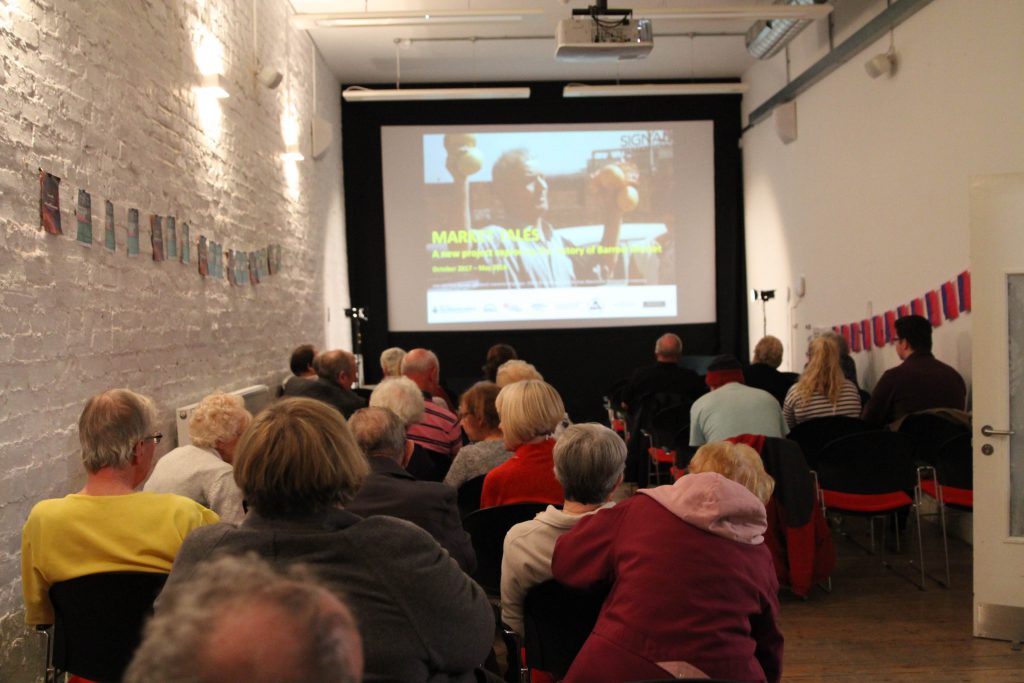 The launch of Market Tales took place on Wednesday 18th October at Cooke’s Studio. During the event, there was a delicious buffet of food sourced from Barrow’s market. Local Historian Bill Myers dressed as a market seller of yesteryear gave us a historical account of the Markets history in Barrow. He showed us photographs and plans from the market’s beginnings in 1864 up until the modern day. The photographs included advertisements from stalls which are still held with the same family today, for example, Harts the Jewellers (est.1947) and Robson’s (est.1982) a family business which is still selling glass, giftware and china.

The evening ended with some fantastic scenes from 1950’s film, Barrow: Lakeland’s Industrial Neighbour; created by Barrow’s Cine Club and now held by The North West Film Archive, it is well worth a watch. The film follows a couple starting a new home in Barrow. The first few scenes show the couple’s arrival at the train station before looking around the bustling and busy Barrow streets and market, a market seller holds up oranges; shapely skirts and floral dresses hang proudly on display in the market stalls and a woman sells a bunch of flowers wrapped up in newspaper. The film features children spinning around happily on the famous Barrow market roundabout – which is one question which remains a mystery, where has the roundabout ended up? Bill suggested it is now in Brighton and is still in operation, but rumours remain unconfirmed! Many questions still remain unanswered and we hope over the next 8-months a better picture will emerge of the fascinating stories and people behind Barrow Market.